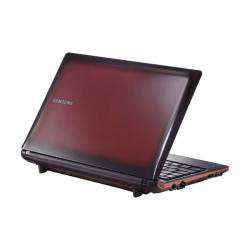 I bought my netbook, a samsung N150 Plus from Best Buy.  It was an emergency purchase because my full size laptop, an HP DV7, had stopped working.  Without going into details, the design of the “Smart” batteries of HP laptops suck!  Who ever thought you could NOT run a laptop, even on AC power when/if the battery goes bad?  Anyways, when I purchased the laptop, I also did the memory upgrade and bought a 500GB Maxtor XT (Now Seagate) hard drive (the hybrid with 4GB Solid State).  The reason I bought the hard drive right off was because I had dual 500GB hard drives in my laptop dual booting windows vista and backtrack.  I primarily use backtrack for my day to day job and only vista if I am on the road editing pictures (photography is a hobby).  And because everybody asks, the reason I bought a netbook instead of another laptop was because I ordered a replacement battery, and wanted something more portable than my 17″ HP (which weighs a lot with the 12 cell battery).  I also bought a really cheap netbook case that I replaced 3 days later with a nicer and more functional targus case….and then about a week later also bought an external thin cd-rom.

So, the first thing I did to this netbook when I got it home was to remove the 13 base screws and replace the hard drive and while at it I installed the memory upgrade.  It took about 30 minutes total time.  I then booted using a backtrack thumbdrive and installed.  Next, I restored my home directory from an external encrypted disk which had a backup that was about 4 days old.  The remaining important files I waited to sync from dropbox….which seems like took forever.

Basically within about 2-3 hours of my laptop failing, I was back up and running right where I left off…….and I might add, this thing has amazing battery time running linux, nearly 9 hours of actual work time using wireless internet (basically I had a browser opened, kate, a couple eterms, pidgin, xchat).  WOW!!!  My laptop only got about 3 hours battery time before the battery started going bad.